The blind auction has now closed! 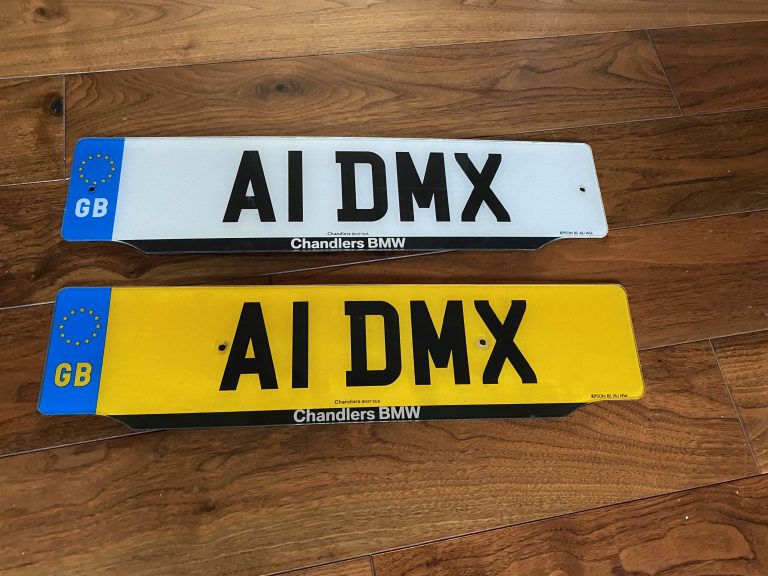 If you’ve ever fancied owning an industry-relevant personalised number plate, now’s your chance! The plate, which reads ‘A1 DMX’ is currently owned by a prominent lighting director, who would prefer to remain anonymous, and is being auctioned in order to raise funds for the #WeMakeEvents campaign.

The LD says: “Some of us working in TV and film studios are fortunate enough to have kept some of our work since the COVID pandemic closed the majority of our industry last March. So many of our friends and colleagues, particularly in music, events and theatre, haven’t had any work at all during that time and have had little or no support from the government.

“I would like to try to help out in a small way. I know many reading this in LSI will have homes and offices cluttered with old equipment and industry memorabilia. Some of this might be quite valuable, so I’d ask everyone to consider helping out by raising funds for #WeMakeEvents in a similar way, if they feel they can.”

He continues: “In my case, I have the UK vehicle registration ‘A1 DMX’ which for a number of reasons I cannot put on my current car. I purchased the plate from the DVLA in the early ‘90s, largely to put a smile on the faces of friends and colleagues around me. As a young  ambitious board op in the ‘90s, its first car was a Peugeot 205 GTi!

“As the years have gone by, it has transferred several times onto bigger and better cars. It has definitely achieved my ambition to raise a smile, and has no doubt caused some amusement to many a lighting company driver who I’ve passed on the M25 and M6 over the years.”

The LD concludes: “If someone from the industry would generously like to bid for the number plate, nothing would give me more pleasure than being overtaken by their vehicle on a motorway in the future, knowing that we had raised a small amount for our colleagues who are having a really tough time at present.”

How the auction will work

#WeMakeEvents is an international movement to highlight that the live events sector urgently needs support from local governments to survive the Covid-19 crisis. Additionally, #WeMakeEvents is committed to raising funds for industry people who are struggling financially due to the pandemic. So far the campaign has raised £300,000 which has been given to Backup, who support industry professionals and their families in times of need. Backup also fund a number of specialist charities including: Acting for Others, Music Support, Stagehand and #MakeItBlue.