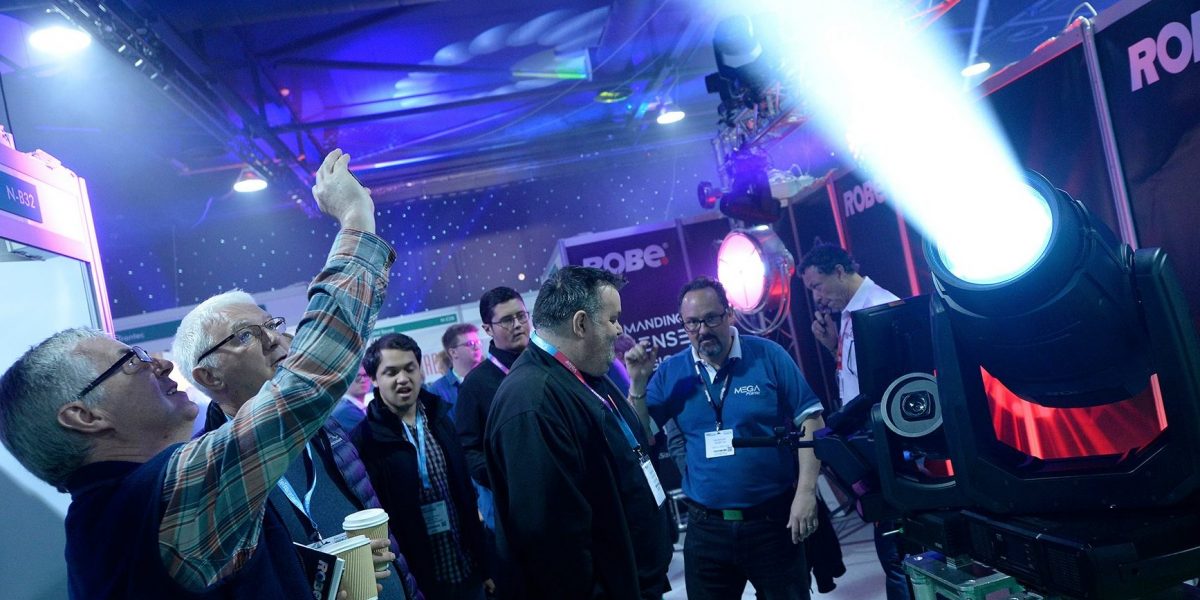 PLASA Focus Leeds celebrated its tenth anniversary in serious style, with a sold-out show floor, a programme of compelling content, and the unmistakeable buzz of business in the air. Exhibitors represented each and every corner of the industry, with household names sharing the stage with newcomers.

“We’ve had a great experience at PLASA Focus Leeds” says Rob Moore from CHAUVET. “We’ve seen a varied selection of visitors from across the board; everyone from end-users, lighting designers and engineers, to specifiers and influencers. We’ve seen lots of new faces too.”

Inesh Patel from Sennheiser concurs: “PLASA Focus Leeds is brilliant – it has been non-stop, so much so that my voice is going from talking too much! The event is valuable as we get in front of the right people, meeting key end users and important dealers.”

First time exhibitor, Glyn Harries from Audio Visual Materials adds: “We just had to be here. We knew it would be good for us as we offer something unique. The quality and footfall was great. We networked with other suppliers and met lots of new and current customers.”

The established show provided a reliable platform to develop new brands and products. Shaun Robertshaw from Vari-Lite says “PLASA Focus Leeds is very important for us for introducing new products after Prolight + Sound. It’s a massive social event for the calendar which attracts a wide range of visitors, from end user to business-to-business. We noticed a high level of new attendees too.”

John Kaukis from Adam Hall Group agrees: “PLASA Focus Leeds has really helped us develop our brand and raise our profile. We’ve had loads of leads from install companies, followed closely by retail and MI. Overall, it has been a great show.”

The seminar programme delivered on all fronts, aspirational anecdotes from seasoned experts to bang-up-to-date technical legislation. A panel of festival front-of-house veterans shared stories about muddy fields, mid-show power-cuts and many more nightmare scenarios, as well as advice for those brave enough to follow in their footsteps.

In another highly topical session, audio journalist Phil Ward explored the emerging world of spatial and immersive audio, and the benefits it can bring to system design for engineers and production professionals. A panel of experts joined him, including award-winning designer Scott Willsallen, and representatives from manufacturers and the forefront of the new technology including d&b audiotechnik, L-Acoustics L-ISA and Out Board.

It was standing room only for an important ‘Save Stage Lighting’ consultation, which delivered the facts straight from those most involved in the campaign to stop imminent EU proposals affecting all stage lighting.

PLASA’s Commercial Director Christopher Toulmin says “After a decade of bringing the industry together, PLASA Focus Leeds once again confirmed its status as a key gathering place for all of those who have a stake in the industry. We are elated to hear only positive things from exhibitors and visitors which has propelled us to jump right into preparing for PLASA London’s 41st show in September.”