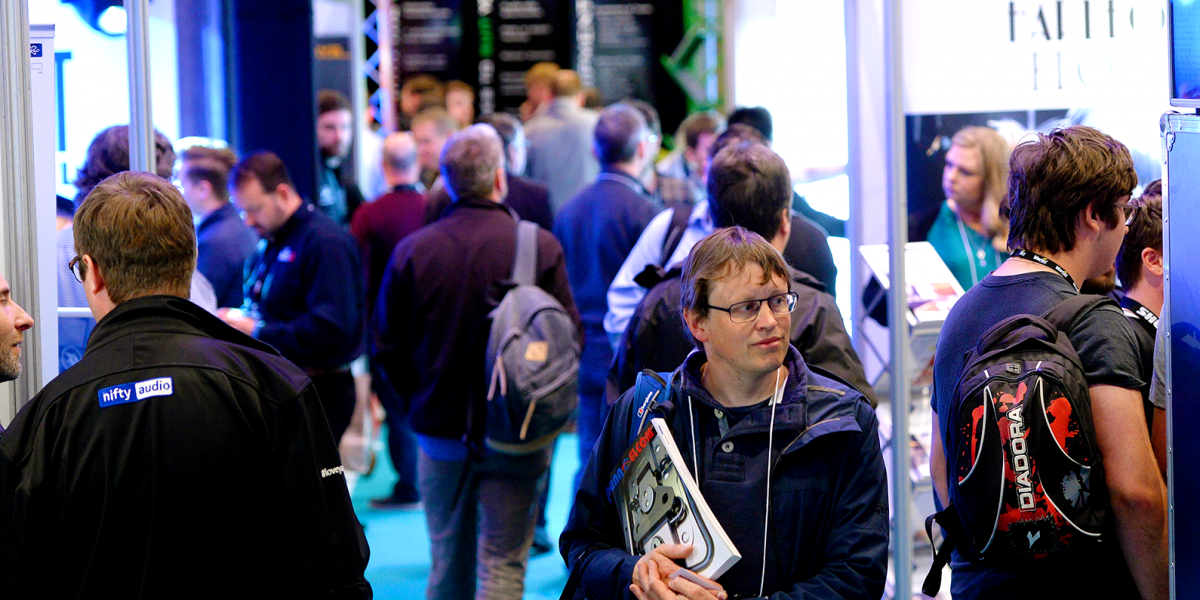 It’s not long before PLASA Focus Leeds begins its tenth birthday celebrations on 1-2 May at the Royal Armouries, Leeds. The popular entertainment technology trade show provides a stage for over 175 global brands, and the show’s reputation attracts thought-leaders and taste-makers who share their expertise through seminars and training sessions.

The show floor will feature products fresh from European launches, and the seminar programme is overflowing with enriching talks and lively debates. The show caters to everyone from lighting designers and sound engineers, to riggers and production managers.

Audio enthusiasts can get under the skin of digital mixers with Soundcraft’s Andy Brown and Sound Technology’s Ben Todd, and can get to grips with Line Array systems with HARMAN’s Ed Jackson and Sound Technology’s Stuart Strachan. Visitors can learn about frequency response with Oran Burns of d&b audiotechnik, or touring monitors with Justin Grealy of Soulsound. Plus, Phil Ward and a pro audio panel will explore object-based and spatialised audio solutions.

Lighting designers may wish to join the Association of Lighting Designers who will discuss issues for those unable to test their designs until technical rehearsal. Additionally, the ALD will join forces with PLASA to address the Eco-Design changes affecting all stage lighting. For those who are curious about lighting during festival season, Philip Norfolk from Ambersphere Solutions will ask festival veterans to lift the lid on what really happens during artist changeover.

On the show floor, the highly anticipated grandMA3 console will make its first UK appearance courtesy of Ambersphere, as will the VL2600 lighting range from Vari-Lite. GLP are also bringing their innovative KNV Arc and Cube and powerful JDC1 strobe.

Production professionals can listen to Rob Halliday’s panel of professionals who were involved with creating the Chester Storyhouse – the largest project of its kind outside of London. Also of interest, Fiffi Thorsteinsson will present Vectorworks, the leading software for entertainment design. Furthermore, this year’s Riggers’ Forum re-visits competency and responsibility.

On the show floor, Doughty Engineering and Area Four Industries are showcasing the latest stands, hoists and controllers, and UK Rigging will be promoting their array of courses.

Running alongside the seminar programme are KV2 Audio demos showcasing the latest loudspeakers, Zero 88 FLX lighting console training run by Edward Smith and Jon Hole, and ChamSys MagicQ software and QuickQ console training from Chris Kennedy and Dan Coombs. On top of that, Dante Level 2 training will be available courtesy of Lisa Holdway from Audinate.

PLASA’s Professional Development team are presenting a range of seminars to build your technical know-how and business acumen: James Eade will explain electrical standards updates for the UK, Tom Goode is hosting a health and safety clinic, and Lauren Rogers will reveal how to improve marketing and communications. The Association of British Theatre Technicians will also be on hand to provide updates on Technical Standards for Places of Entertainment.

PLASA’s Commercial Director Christopher Toulmin says, “PLASA Focus Leeds has continued to grow throughout the past decade, and based on everything we have learned along the way, this year’s show is set to raise the bar even higher. Everyone at PLASA has worked incredibly hard to make sure the tenth anniversary edition of the show is both outstanding and relevant for all areas of the entertainment technology industry.”