This year’s PLASA Show was the busiest in years, welcoming a six per cent increase in overall attendance, with visitors hailing from over 63 countries. PLASA has also announced that the show will move to London Olympia’s larger ‘Grand Hall’ for 2020 reflecting the show’s upward trajectory and allowing a greater number of stands and show features, all on one level.

“PLASA Show has clearly been improving year on year with 2019 being the best one yet” comments Johan Gunsing, International Sales Manager for Adam Hall Group. “We have started to see a wider geographic audience attend the show which brings with it new opportunities, new business and increased brand awareness.”

“Once again PLASA did not disappoint” states Gareth Collyer, Nexo’s UK Sales Manager. “We were very pleased with the overall number and quality of the visitors that visited our booth and we look forward to seeing the show grow again next year when it moves to the Grand Hall.”

Grant Bales-Smith, Sales Manager EMEA for Vari-Lite & Strand adds, “The show has really re-built itself which is a great thing to see. We’ve met with international customers from France, Spain, Germany and Scandinavia, representing the whole industry from theatre to concert touring.”

Coda Audio’s Director of Global Marketing, David ‘Webby’ Webster says of their debut appearance, “Because we’re relatively new to the market it’s been great for us to give people the opportunity to come and see our new patented technology. We met rental companies, installers, consultants, contractors – all of the people we want to see. We had a very good show.” 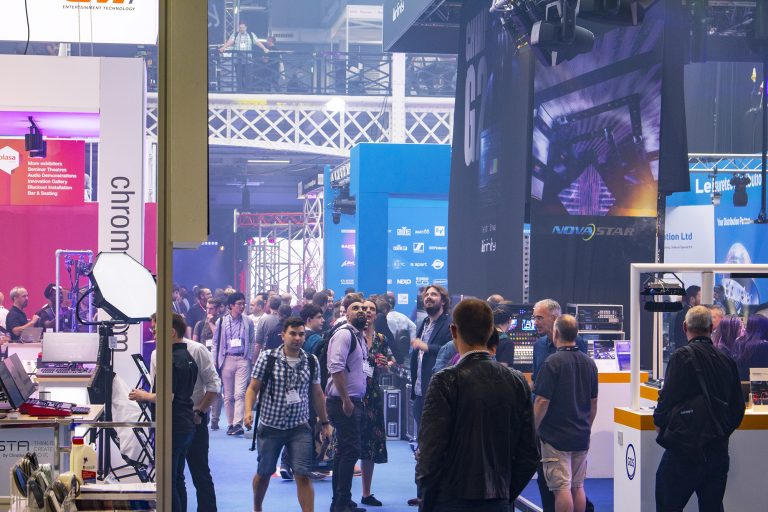 The show saw an array of new brands and features, including Stage to Studio – an opportunity to watch legendary engineers Simon Todkill and Jamie McEvoy’s mixing sessions with live musicians – an immersive AV installation on living with bipolar called ‘Blackout’, and double the amount of live audio demonstrations including three dedicated ‘audio lounges’ for L-Acoustics, Sound Technology and RCF.

RCF’s UK Sales Director Dean Devoile comments, “Our Audio Lounge worked wonderfully well. Virtually all of the sessions we ran were full and we probably could have done with doing even more! This has been the busiest and best PLASA Show we’ve done in a long, long time.”

“This year marked a step forward for us” adds Mary Beth Henson from L-Acoustics. “With the addition of demo rooms, we welcomed an impressive crowd of people interested in hearing our A Series – PLASA’s flexibility is without a doubt the driver of the show’s continued growth each year.”

Robe’s Back to the Future inspired stand showcased their PLASA Award-winning Esprite fixture with regular performances complete with rain, fire, dancers and an authentic DeLorean car. “It has been the most ambitious production we’ve done to date” says design duo Nathan Wan and Andy Webb. “During the show we smash through over 550 cues in eight minutes. It’s been an absolute delight to see it all come together.”

Exhibitor’s represented all corners of the entertainment technology industry, from audio, lighting, staging and rigging to broadcast and AV, each sector commenting on the quality and range of visitors attending the show.

“PLASA Show is an invaluable fixture in our calendar”, confirms AED Group ‘s Business Development Manager Ryan Stromski. “It enables us to connect with so many of our existing and potential customers under one roof. Without PLASA we simply wouldn’t be able to generate those vital touch points with our valued clients.”

Peavey’s Operation’s Manager James Kennedy continues, “We met a whole range of customers, and were particularly encouraged by the amount of end-users. Overall, we had a great few days.”

City Theatrical’s Sales Vice President Gary Vilardi adds, “PLASA is one of the best trade shows we exhibit at each year and we had many high calibre lighting professionals visit us at our booth this year.”

ETC’s Cat Shepherd agrees, “We had a really busy stand the whole time and we’ve seen lots of different types of customers –including many international and end users. We’re really excited about the move the Grand Hall next year – it’s a great opportunity to have everything on one level will bring the whole show together.”

During the show the PLASA Awards for Innovation, in association with LSi magazine, awarded the eight winners of the prestigious product awards. Additionally, the Gottelier Award was won by Dr Christian Heil, the founder of L-Acoustics.

During the ceremony, it was announced that LSi would donate £2000 from the entry fees to industry charity Backup. Also, that a cycling team of industry peers raised over £5,550 for the charities Backup and Stage Hand by cycling 100 miles from Chippenham to the show, with donations still rolling in.