Promoting safety across the industry

We are pleased to share rigging and engineering guidance written specifically for the live sector.

Below you can read various documents from the National Rigging Advisory Group (NRAG), as well as the International Code of Practice (ICOPER) and Code of practice for the safe use of long link chain.

This Code of Practice has been created in association with the Health and Safety Executive (HSE), the Production Services Association (PSA), the Lifting Engineers and Equipment Association (LEEA), and Total Solutions Ltd.

The flight case ‘aide- memoire’ can be used when out on tour as a reminder on how to use long link chain in accordance with the agreed safe use. 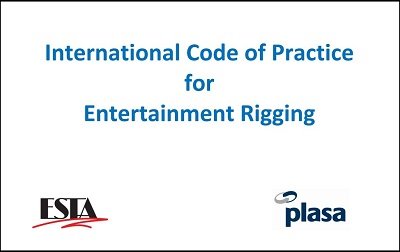 In response to calls from the international entertainment rigging community, rigging professionals from around the globe came together to create ICOPER to promote awareness and safety worldwide by providing a model code of practice with a focus on arena rigging. However, this Code of Practice is applicable to all event production rigging disciplines.

The practices described in the Code are intended to provide a universal foundation for those engaged in planning, managing and executing entertainment rigging. ICOPER also provides guidelines for those who wish to develop policy, design training content or help establish certification criteria.

The authors believe that recognition and acceptance of this universal code will help promote regulatory harmony and reduce potential conflicts between regions around the world. They hope the resulting improvements in communications and relations with regional and local regulators will be particularly beneficial to those professionals involved in international production.

Acknowledging that regulations and standards differ around the world, ICOPER is not prescriptive, rather it provides a series of guidelines that, if followed, will produce uniformly predictable results and enhance safe practice. Adopting and supporting ICOPER therefore benefits everyone involved in event production.