Recently, we asked our members to put forward nominations for a position on the PLASA Membership Governing Body. Two nominations were received and the voting was open to manufacturer member companies for two weeks.

The voting is now closed and the winner will be announced during the week commencing 10 December 2018. 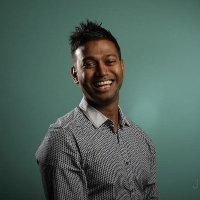 Koy has worked for Avolites for 19 years and has worked through the ranks from sales engineer in 2000 to sales director in 2012. He is father of three and is married to Susie. Avolites is a UK manufacturer of stage lighting control products, dimmers and media servers. Despite being a UK manufacturer, they export 80% of their products which is trained, supported and marketed by their 66 distributors around the world. Koy has grown the distribution network for Avolites since 2008 when the company had 36 distributors. His positive nature and enthusiasm drives him to motivate the team he guides and enjoys helping others throughout Avolites. The reason he is applying for this role is because he feels that PLASA has the strength and power to assist manufacturers better and allow them to grow in every aspect. He feels that his strengths lay in effective communication which would assist in listening to PLASA’s members about their concerns and ideas. He also feels that in building closer relationships with its members PLASA can position themselves as the biggest and best trade show once again.

Mark has been in the industry for over 25 years as a designer and manufacturer of power products. Starting his career in Quality Assurance and moving through Project Management until starting SES with his brother in 1989. As MD, he has been instrumental in the development of the products and has spent a great deal of time liaising with customers and the wider industry to ensure the range not only meets the standards, but also the individual requirements of the users. His knowledge and leadership has helped the company grow to be one of the most respected in their field and now he would like to help with the next phase of PLASA’s development. He has experience in exporting, and has helped the company set up both distributors and subsidiary companies outside the UK. If elected, he will bring a passion for manufacturing which he sees as essential post Brexit as well as a wealth of experience. In particular he would help promote the role of manufacturing within PLASA. Outside of work Mark is married with four children, is a director of a grass roots football club with responsibility for youth development, and is a keen live music fan.